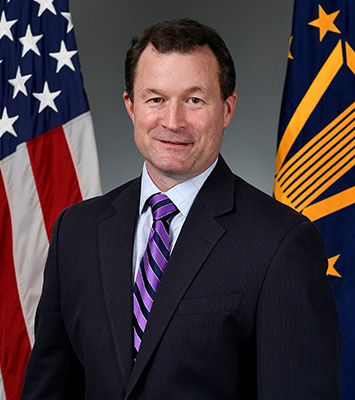 Mr. Tremper is the Director for Electronic Warfare (EW) supporting the Platforms and Weapons Portfolio Manager (P&WPM) in the Office of the Undersecretary of Defense for Acquisition and Sustainment (OUSD (A&S)). In this role, he is the U.S. Department of Defense’s senior leader providing guidance and advocacy for U.S. development and acquisition of EW capabilities and systems.

Prior to OUSD (A&S), Mr. Tremper served as a program manager at the Defense Applied Research Project Agency (DARPA) from 2017-2020 and at the Office of Naval Research from 2008-2017. Within both organizations he created and managed applied research programs in the areas of Electronic Warfare, Counter-Intelligence, Surveillance, and Reconnaissance (C-ISR) and Positioning, Navigation and Timekeeping (PNT) for both stand-alone and networked systems applications. He led the development and successful transition of new electronic support (ES), electronic attack (EA), electronic protection (EP) and PNT capabilities into surface, submarine, air and ground platforms for anti-ship missile defense (ASMD), C-ISR, suppression of enemy air defense (SEAD), counter-improvised explosive device (C-IED), platform protection and passive-targeting operations, including the use of both manned and unmanned platforms. Mr. Tremper formerly served as an electronics engineer and section head at the Naval Research Laboratory (NRL) in the Tactical Electronic Warfare Division where he developed, integrated and tested EW payloads in a variety of platforms, both manned and unmanned.

Mr. Tremper has received numerous awards including the DARPA Meritorious Public Service Medal, both the Department of the Navy Meritorious and Superior Civilian Service Awards, the ONR Future Naval Capability (FNC) Program Manager of the Year Award and the North Atlantic Treaty Organization (NATO) Scientific Achievement Award. He currently serves as the Member-at-Large for EW to the NATO Science and Technology Organization (STO) Systems, Concepts and Integration (SCI) panel, as well as the Chairman of the SCI Integrated Survivability sub-panel.