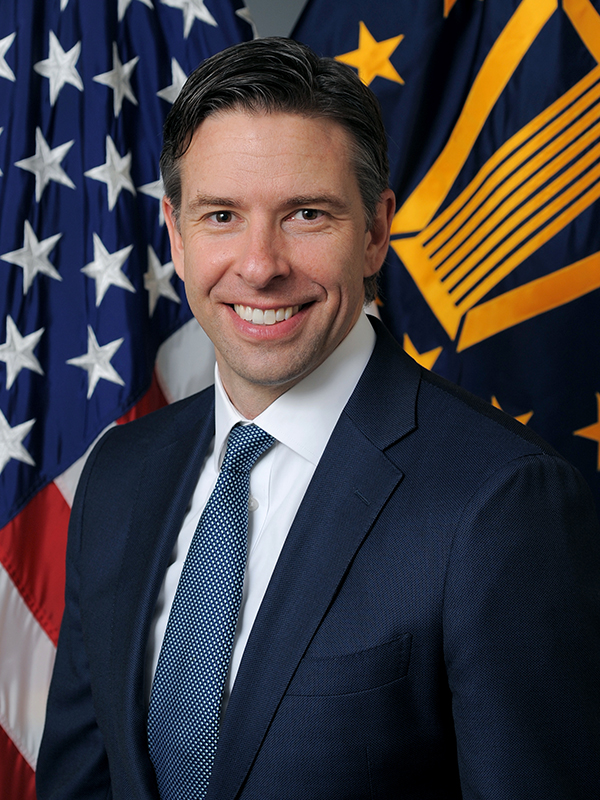 Prior to the PTDO DUSD(A&S) role, Mr. Kausner served as the Executive Director, International Cooperation in the Office of the Under Secretary of Defense for Acquisition & Sustainment (OUSD(A&S)). Mr. Kausner is responsible for leading, developing, and implementing international armaments cooperation policies within the Department of Defense (DoD) in coordination with U.S. Government agencies, foreign governments, and defense industry. This activity includes cooperation with allies and partners on research, development, production, and support of weapons systems and related equipment; defense exportability efforts to foster greater interoperability; and technology transfer and export control.

Prior to joining DSCA, Mr. Kausner served as a Senior Advisor to the Under Secretary of State for Arms Control and International Security. From April 2013 to December 2015, he was appointed as the Deputy Assistant Secretary of State for Regional Security and Security Assistance. In that capacity, he led two directorates within the Bureau of Political-Military Affairs, charged with advancing U.S. national security interests through the formulation and execution of political-military policy; supervision of bilateral and multi-lateral security relationships; and oversight of security assistance.

Prior to his appointment at State Department, Mr. Kausner was a Senior Professional Staff Member on the Senate Foreign Relations Committee. His portfolio included oversight of defense policy, security assistance, diplomatic security, counterterrorism, and intelligence.

As an officer in the U.S. Navy, Mr. Kausner piloted F-14A and F/A-18F aircraft in support of theater operations in the Asia-Pacific and two combat tours in Iraq. His shore assignments included the East Coast Fleet Replacement Squadron, VFA-106, and the Navy’s Office of Legislative Affairs. In his capacity as a Navy Reservist, he was mobilized in support of Operation Enduring Freedom, from December 2015 to September 2016, as the Deputy Director of the Naval and Amphibious Liaison Element, at Al Udeid, Qatar. His previous assignments were to the Defense Innovation Unit, NR CNO Capabilities Assessment, NR CNO Operations and Plans, and Office of Naval Intelligence.

His awards and decorations include the Secretary of State's Award for Excellence in International Security Affairs, Meritorious Service Medal, Air Medal-Individual Action (with Combat V), Air Medal (Strike Flight), Navy and Marine Corps Commendation Medal, Navy and Marine Corps Achievement Medal. He is a member of the International Institute for Strategic Studies and was a Council on Foreign Relations term member.

Mr. Kausner, a native of Sparta, N.J., received a B.A. in International Relations from the University of Delaware and a M.A. in Security Studies from Georgetown University.