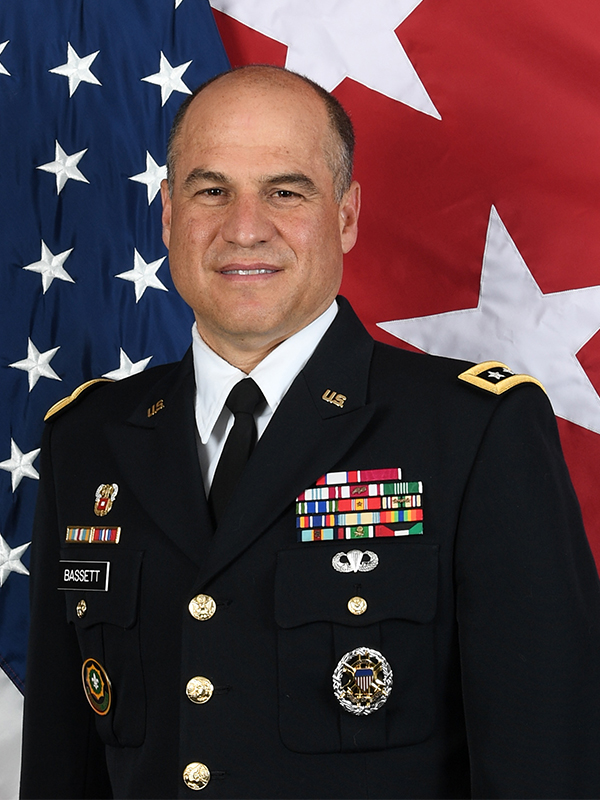 Army Lt. Gen. David G. Bassett is the director of the Defense Contract Management Agency, headquartered at Fort Lee, Virginia. As the director, he leads a Department of Defense agency consisting of more than 12,000 civilians and military personnel who manage more than 300,000 contracts, performed at 15,000 locations worldwide, with a total value in excess of $7 trillion.

Bassett assumed leadership of DCMA on June 4, 2020. He came to the agency after serving as Program Executive Officer for Command, Control and Communications-Tactical (PEO C3T) since January 2018, where he was responsible for the development, acquisition, fielding and support of the Army’s tactical network, a critical modernization priority.

Bassett was commissioned into the Signal Corps in 1988 through ROTC concurrent with a Bachelor of Science in Electrical Engineering from the University of Virginia. As a junior officer, he served in Germany in tactical positions with the 2nd Armored Cavalry Regiment and 123rd Signal Battalion, 3rd Infantry Division.

Following the Signal Officer’s Advanced Course and completion of a Master of Science in Computer Science through the University of Virginia, Bassett was assigned to the U.S. European Command Staff, where he served as the Requirements Analysis and Interoperability Action Officer, J6.

He transferred to the Army Acquisition Corps in 1999 and was assigned to Fort Monmouth, New Jersey, as Operations Officer, Communications and Electronics Command Software Engineering Center. Bassett went on to manage software development efforts for the Army’s Future Combat Systems program. He then served on the Joint Staff as the Ground Maneuver Analyst, Capabilities and Acquisition Division, J8.

From July 2009 to May 2012, Bassett served as the Army’s Project Manager for Tactical Vehicles within the Program Executive Office for Combat Support & Combat Service Support (PEO CS&CSS). He then managed the Joint Program Office, Joint Light Tactical Vehicles (JLTV), through the Engineering and Manufacturing Development award.