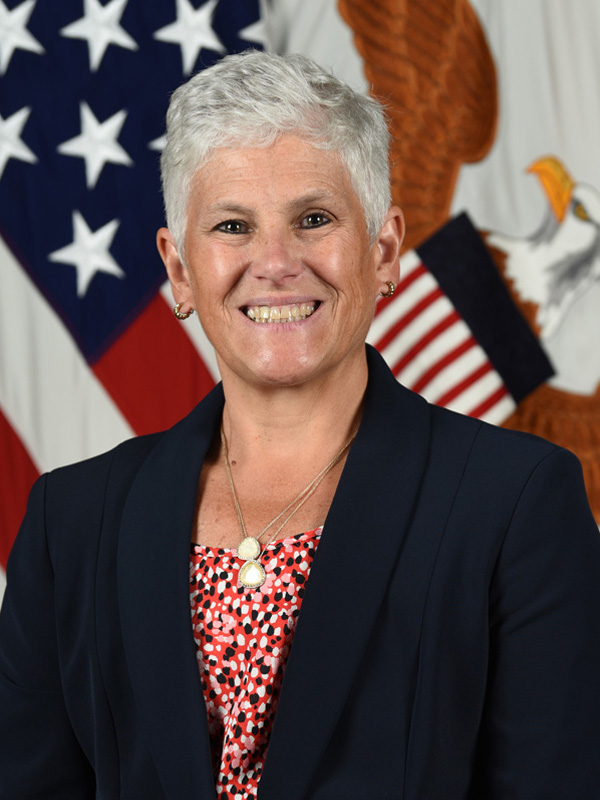 She is also currently performing the duties of the Assistant Secretary of Defense for Industrial Base Policy, serving as the principal advisor to the Secretary, Deputy Secretary, and Under Secretary of Defense for Acquisition and Sustainment (A&S) on industrial base policies. Her principal duty is the overall supervision of the Department of Defense’s efforts to develop and maintain the defense industrial base of the United States to ensure a secure supply of materials critical to national security.

Prior to her position as Assistant Secretary of Defense, she was the Executive Vice President at the Nuclear Threat Initiative (NTI). As part of NTI’s executive leadership team, she helped to oversee the organization’s operations, development, and programs, managing an annual operating budget of $15-20 million.

At NTI, Rosenblum led the successful development of Connecting Organizations for Regional Disease Surveillance (CORDS) as an independent, self-sustaining global network of regional disease surveillance groups. She served on the board of CORDS, where she promoted good governance in her role as finance chair. Rosenblum also helped manage NTI’s work on security issues related to China and regularly travelled there to meet with government officials and non-governmental organizations. Additionally, she led NTI’s Middle Eastern partnerships, with a focus on the Levant region, where she travelled frequently for programmatic work as well as speaking engagements on behalf of NTI. Rosenblum has served on the board of the Herbert Scoville Jr. Peace Fellowship since 2012. From 2017 to 2018, Rosenblum served as an N Square fellow focused on driving innovation in the nuclear field. Now, she currently serves as an advisor to the fellowship program.

Rosenblum spent seven years as vice president of The Cohen Group, an international consulting firm. She served in senior positions with the U.S. Department of Defense, in the areas of homeland defense, peacekeeping operations and support, nuclear forces, and counter-proliferation policy. Rosenblum represented the United States as a negotiator with the Democratic People's Republic of Korea on multi-year bilateral negotiations around its nuclear program. Rosenblum holds a master's degree from Columbia University’s School of International and Public Affairs, and is a Phi Beta Kappa graduate with a bachelor's degree from Middlebury College. She is fluent in French.