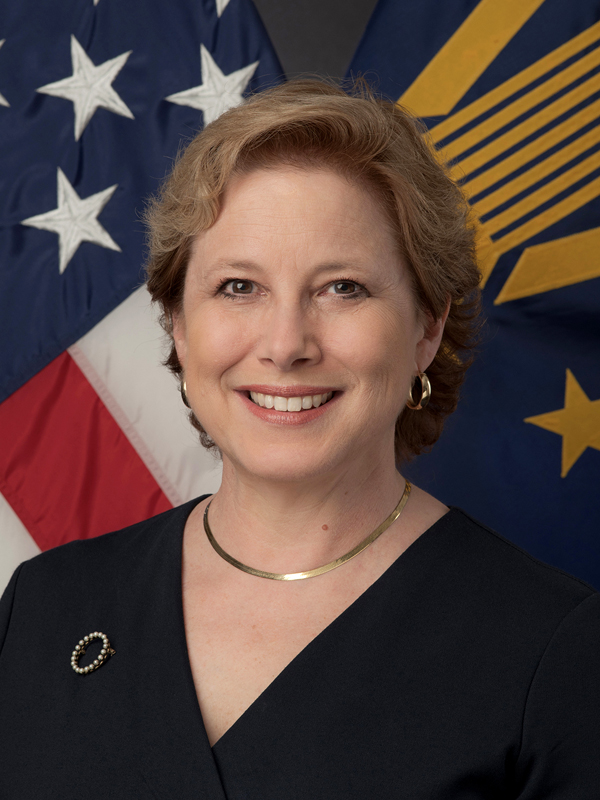 Rebecca Hersman, a member of the Senior Executive Service, is the Director of the Defense Threat Reduction Agency (DTRA). In this role, Ms. Hersman leads more than 2,200 military and civilian experts operating in over 50 countries, and executes over $2.4B to provide the Department of Defense's Service Components, Combatant Commands, the U.S. Interagency, and international partners with leading-edge capabilities to counter and deter adversary use of Weapons of Mass Destruction and emerging threats.

Prior to assuming her current position, Ms. Hersman served as the Director of the Project on Nuclear Issues (PONI) and senior adviser with the International Security Program at the Center for Strategic and International Studies (CSIS). A leading expert on nuclear, chemical, Ms. Rebecca K.C. Hersman Director and biological weapons policy; global health security; and crisis management, Ms. Hersman led the preeminent national program designed to develop next generation nuclear expertise. An author of numerous studies and reports on nuclear and chemical weapons policy, emerging technologies and strategic stability, and crisis management and decisionmaking, Ms. Hersman also co-chaired the CSIS U.S./UK/France Trilateral Dialogues on Nuclear Issues and served as a commissioner on the Center's Commission on Strengthening America’s Health Security.

Ms. Hersman previously served as the Deputy Assistant Secretary of Defense for Countering Weapons of Mass Destruction from 2009 to 2015. In this capacity, she led the Department of Defense’s (DoD) policy and strategy to prevent WMD proliferation and use, reduce and eliminate WMD risks, and respond to WMD dangers. She was a key leader on issues ranging from the elimination of Syria’s chemical weapons, nuclear response and mitigation during the Fukushima crisis, and WMD interdiction policy and response. Ms. Hersman led DoD engagements on WMD issues with the North Atlantic Treaty Organization, the Republic of Korea, Japan, and others, and also served as DoD’s principal policy advocate on WMD arms control, nonproliferation, and threat reduction.

Prior to joining the DoD, Ms. Hersman was a senior research fellow with the Center for the Study of Weapons of Mass Destruction at the National Defense University from 1998 to 2009. She previously held positions as an international affairs fellow at the Council on Foreign Relations, a special assistant to the undersecretary of defense for policy, and a member of the House Armed Services Committee professional staff.

Ms. Hersman holds a Master of Arts in Arab Studies from Georgetown University and a Bachelor of Arts from Duke University.