Hypersonics, Counter-Hypersonics Are a Top Priority 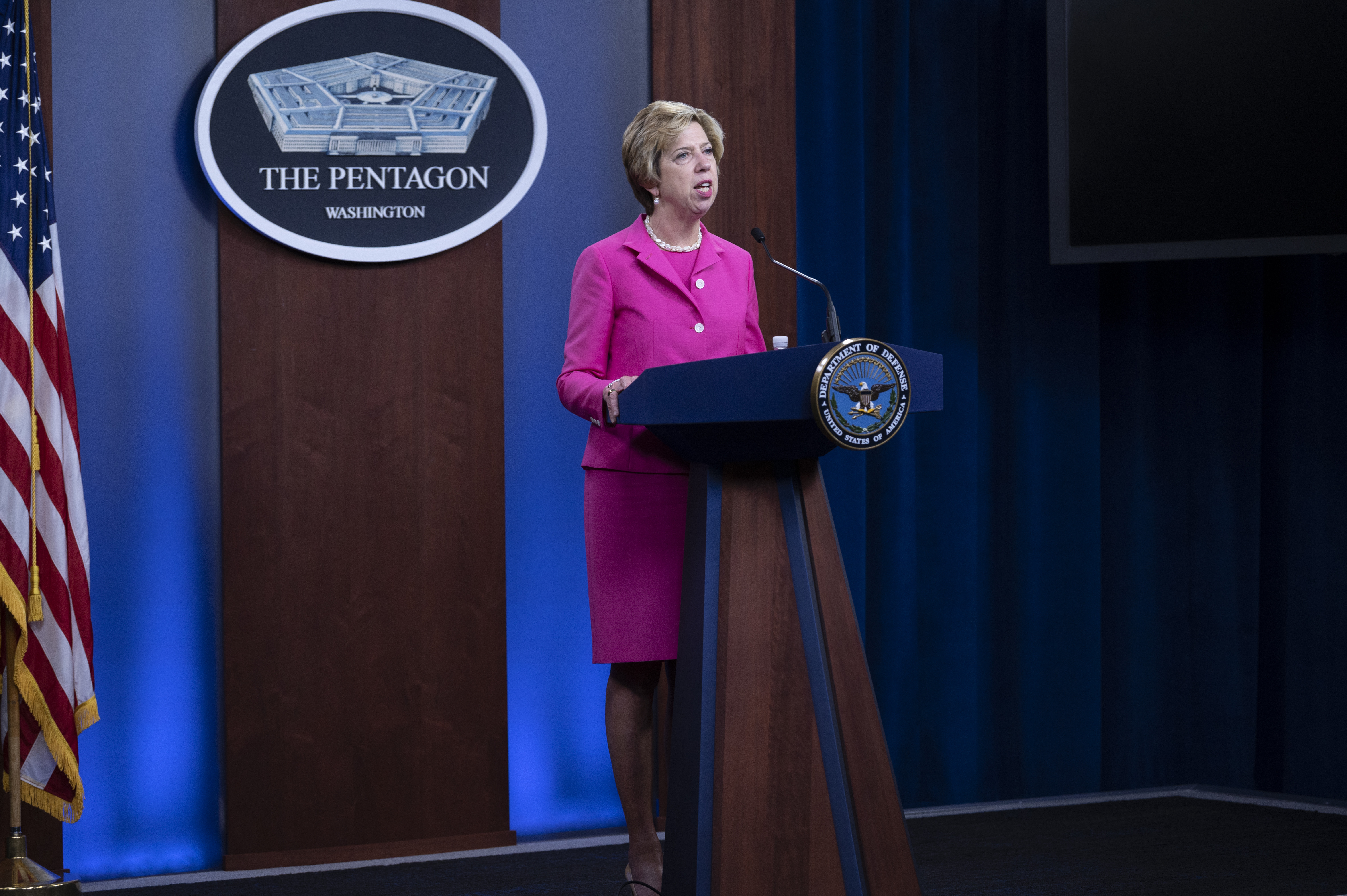 "We are continuing on an accelerated path to develop and field land-, sea- and air-launched hypersonic weapons, as well as developing options for defense against adversary hypersonic missile capabilities so as to ensure our continued ability to dominate the battlefield for decades to come," Lord said this week at the Institute for Defense and Government Advancement's Defense Logistics Summit.

The mission is to enable the delivery and sustainment of secure and resilient capabilities to the warfighter and international partners quickly and cost effectively, Lord said.

Under that mission are six A&S goals, and Lord discussed those goals in the context of DOD's hypersonic efforts. "I am committed to evolving our acquisition and program expertise to ensure that business execution issues do not hinder our ability to prototype, demonstrate, test and field warfighting capability — especially hypersonics," she said 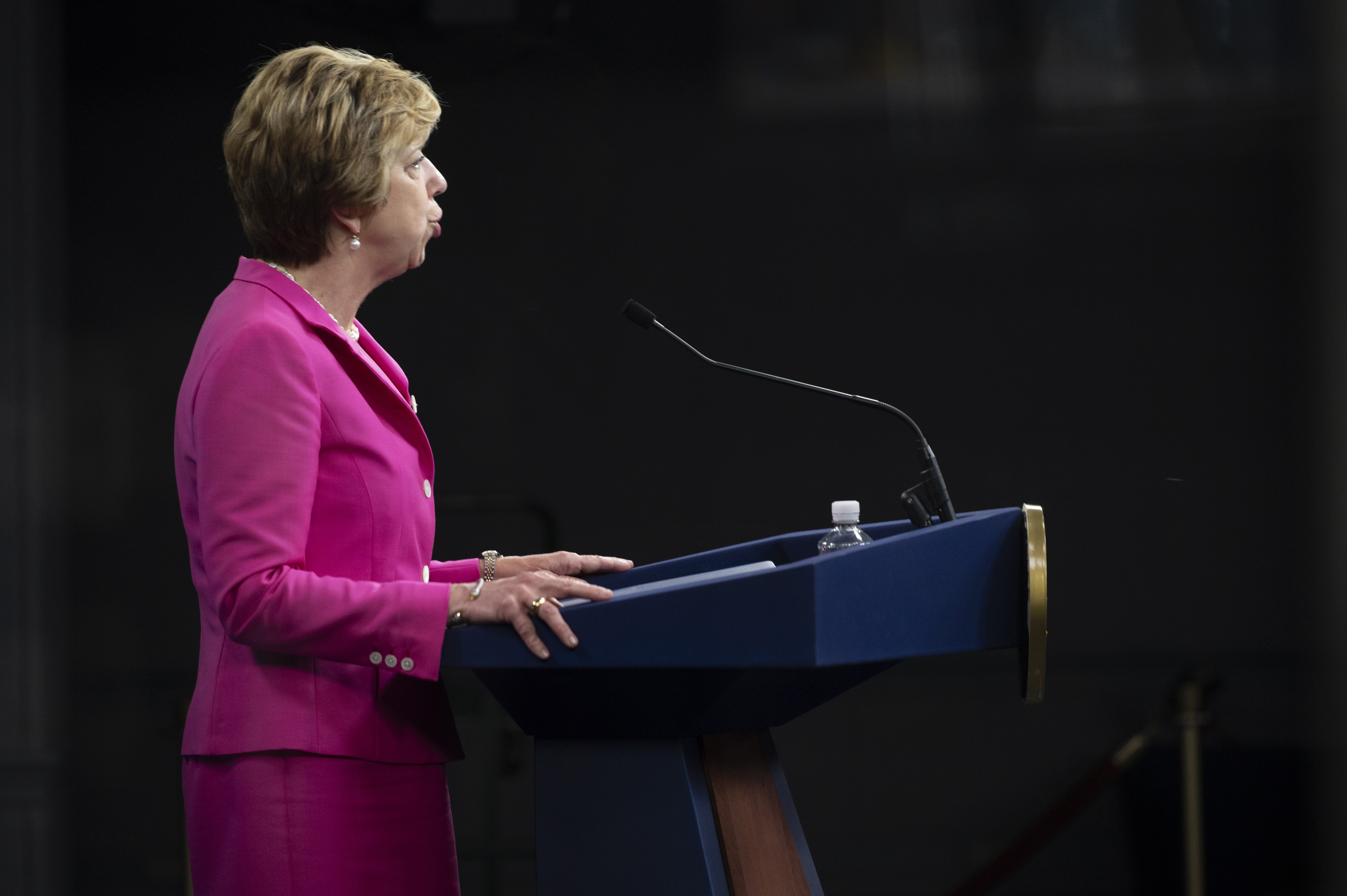 The first A&S goal is to enable innovative acquisition approaches that deliver warfighting capability at the speed of relevance.

Hypersonic weapons have the potential to alter the future of strike, air combat and air defense, Lord said.

"The United States has historically been a world leader in hypersonics research," she noted. "However, we have consistently made the decision not to weaponize this technology in the past — in large part due to our recent focus on countering violent extremist organizations."

The United States' potential adversaries in this great power competition have dramatically increased their emphasis on weaponized hypersonic technologies, which could be creating an unacceptable capability gap, she said.

It is from the analysis baseline that we determine areas that may require innovation or increased capacity to keep pace with the advancing threat, Lord said.

Hypersonic and counter-hypersonic technology is advancing rapidly, and the demand for these capabilities is strong, she said.

"Our offensive hypersonics capability is maturing, with a number of systems being accelerated. On the defensive side, there is a wide range of efforts underway to assess alternatives.

"We in A&S must look to the future and ensure that our industrial base is prepared to produce these weapons once the technology is mature and demonstrated," Lord said, adding that they must also consider how to sustain hypersonic and counter-hypersonic weapons over the long term.

The second A&S goal for acquisition and sustainment is to build (a) safe, secure and resilient defense industrial base, she said.

Relative to hypersonics, DOD needs to establish a secure and resilient supply chain, she added.

"Hypersonics are critical to our national security; we cannot allow our DIB to be compromised," Lord said. She added that she has established the Hypersonics War Room to analyze and assess the status of the hypersonics and counter-hypersonics industrial base.

The Hypersonics War Room identifies risk areas where industry lacks capability and capacity, and develops options for mitigation, she explained.

"Once we determine what is needed to mitigate the risks, we will work with industry to mutually make investments, where necessary, to ensure the Department’s counter-hypersonics efforts are successful," Lord said.

The third A&S goal is to ensure safe and resilient DOD installations, she said.

A&S has responsibility for policies associated with DOD installations. Lord said the projects range from providing assured energy if the grid goes down — which may involve micro nuclear reactors — to cleaning up and replacing hazardous substances in materials utilized in training exercises, operational missions and sustainment activities.

Nuclear deterrence is the No. 1 priority mission of the DOD, Lord said.

The fifth A&amS goal is to promote acquisition and sustainment initiatives with key international partners, she said.

Lord said her office is leading DOD's efforts to deepen engagement on acquisition matters with its allies and partners.

The sixth A&S goal is to recruit, develop and retain a diverse acquisition and sustainment workforce, she said.

"Not only do we need to build hypersonic weapons, we need to be able to defend against them," she noted.

"We have significantly increased our investments to accelerate the transition of hypersonic systems and counter-hypersonic technologies to achieve the warfighting capability and defense afforded by those systems," Lord said.

DOD must continue to modernize on all fronts to provide effective hypersonic weapon systems to our warfighters, she said, adding, "Modernization requires a robust industrial base for production, joint exercises and simulations, and planning for integrating hypersonics capability into our defense enterprise."