DOD Looks to Future of Logistics

The most junior personnel in logistics today are going to have to come up with creative ideas on how to set and sustain a theater of operations for logistics, resupply and repair in a new world dominated by global power competition, a senior Defense Department official said.

During the fall meeting of the National Defense Transportation Association and the U.S. Transportation Command in St. Louis, today, Robert H. McMahon, assistant secretary of defense for sustainment, pointed over the heads of older transportation and logistics leaders gathered near the front of the conference and placed responsibility for the future on the shoulders of the young and creative. "If you are a program manager in the private sector, 10 years from now you could be the CEO responsible for helping develop that solution," McMahon said. "If you are a field grade officer, you are going to be one of the flag officers in the future that will be executing in that environment. And if you are young company grade officer, you will be one of those commanders responsible for achieving that which you are asked to do, and leading men and women to protect this nation and preserve it as it exists."

McMahon said the status quo for getting materiel and people around the globe is no longer sufficient. He cited logistics support to Afghanistan as it relates to the 2010 coup in Kyrgyzstan and the shuttering of the Pakistan Ground Lines of Communication in 2011 to illustrate that what worked before can't be expected to be options in the future.

"We were flying everyone to Afghanistan though Manas and running our tanker operations out of Manas," McMahon said, referring to an air base in Kyrgyzstan. "A coup takes place in Kyrgyzstan. In a matter of about four of five days, we simply swing the effort to move through Kuwait."

When the Defense Department's ground-based trans-Pakistan supply route into Afghanistan shut down in November 2011, "we simply began flying stuff in," McMahon said.

There's no guarantee that the United States will continue to have access to alternative options in the future, he said. "The environment we face in the future will not allow us to do that," McMahon said. "We need to find new solutions, new ideas. It begins with defining what it is we're trying to achieve, and working back from that."

Current senior leaders don't have the answers for how the department will ensure continued access to all the places where the United States might operate in the future, he said, adding that he doesn't have those answers, either. Instead, he said, today's leaders need innovative and imaginative young people to help them think differently, because today's environment demands that.

Setting a theater of operations in the South Pacific will prove a daunting challenge, he added, considering the size of the Pacific and the chains of islands that exist there. "We have got to set the theater and then set the theater in ways that we have not even begun to think about," he said. "How do you get fuel to where you need to be? How do you take a new concept of operations that the Navy is talking about, or that the Air Force is talking about, in this enhanced agility, and the ability to sustain that? How do you get fuel to an F-35 when you don't know where that F-35 is going to be four hours from now?"

Europe, he said, poses different challenges, including the rail system and other infrastructure that may not be able to support large-scale movement of military materiel.

"That's not somebody's problem," he told the transportation-centric audience. "That's our problem, in this room." 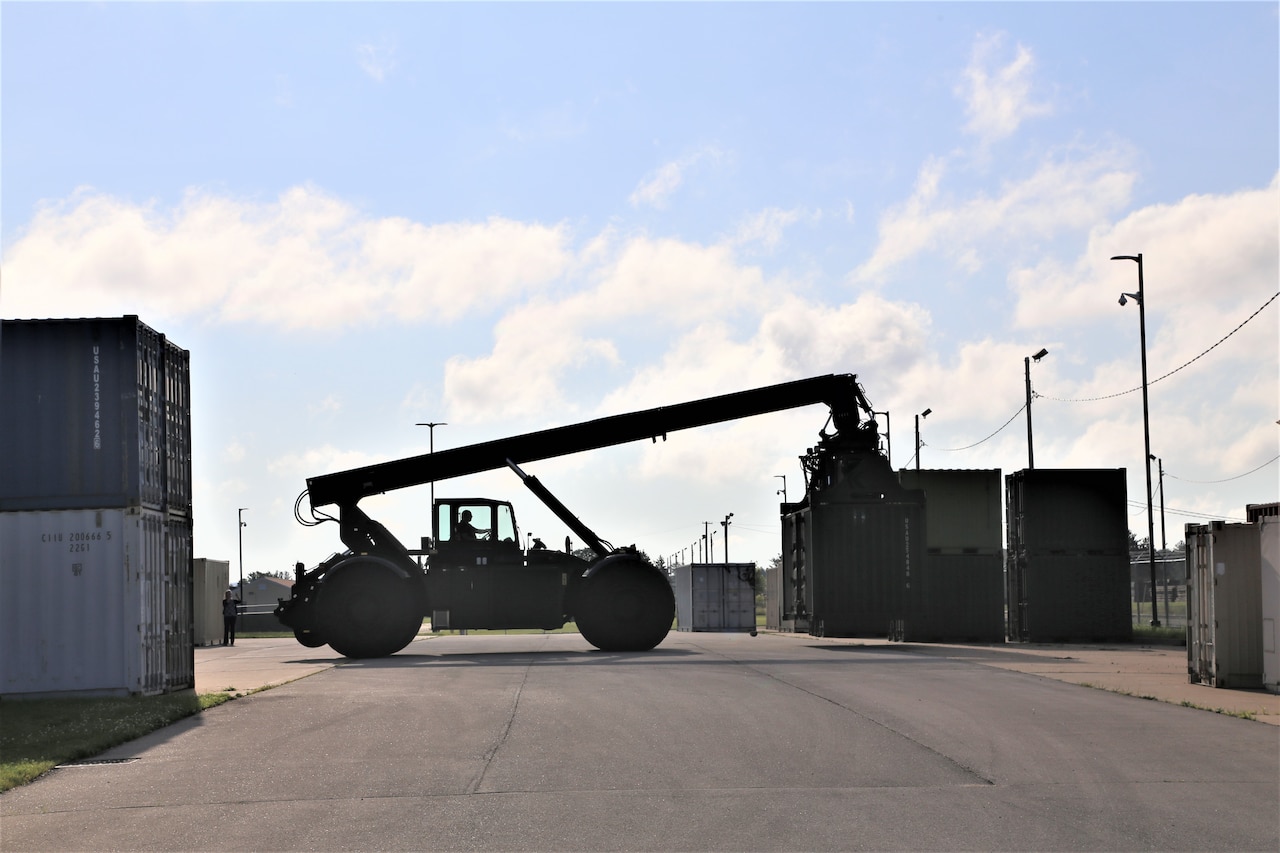 McMahon cited the comic book detective Dick Tracy's two-way wrist TV as an example of technology that seemed absurd when it debuted as fiction in the early 1960s, but has proven to have been prescient.

"What's the transportation concept that we are drawing up today that's just as absurd, that 10 years from now one of you will dream of — to be able to create, to be able to make happen — to give us what we need in this kind of environment?" McMahon challenged.