4 Things to Know About the U.S. Nuclear Deterrence Strategy

Acting Defense Secretary Patrick M. Shanahan and Marine Corps Gen. Joe Dunford, the chairman of the Joint Chiefs of Staff, testified at a House Armed Services Committee hearing. David Trachtenberg, deputy undersecretary of defense for policy, spoke before the HASC strategic forces subcommittee. The fiscal year 2020 budget request from President Donald J. Trump was the impetus for both hearings, but America’s nuclear defense strategy was clearly important to lawmakers on both days.

Important takeaways from this glowing-hot topic?

1. Nuclear deterrence is a top priority within the U.S. military. "It's our singular, most important mission," Dunford told lawmakers.

"Nuclear deterrence is the bedrock of U.S. national security," Trachtenberg said. "Our nuclear deterrent underwrites all U.S. military operations and diplomacy across the globe. It is the backstop and foundation of our national defense. A strong nuclear deterrent also contributes to U.S. non-proliferation goals by limiting the incentive for allies to have their own nuclear weapons."

Nuclear deterrence means that when the U.S. has nuclear weapons, it tempers in some fashion the activities of potential adversaries around the globe — helping to ensure those adversaries don’t make dangerous miscalculations about what they can get away with based on what they think the U.S. is capable of or willing to do in response. 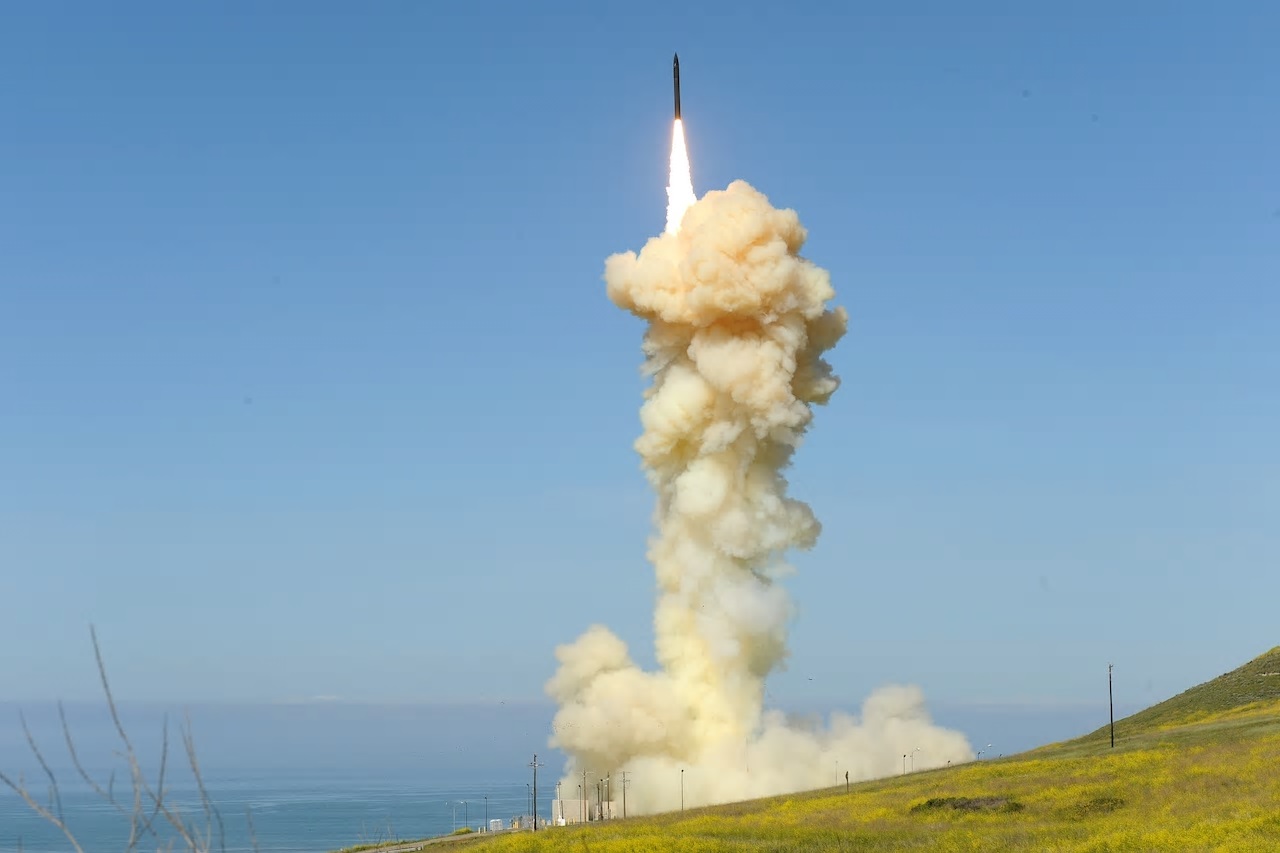 2. Recapitalization, often referred to as modernization, of America’s strategic nuclear capability is critical, defense officials have said. Recapitalization means that existing weapons will be replaced with completely new weapons or will be overhauled from the ground up and equipped with the latest technology.

Recapitalization of the nuclear force during the next 20 years will comprise, at its highest point, about 3.7% of the DOD budget, a defense official said. This year’s request to recapitalize the nuclear enterprise comprises about 1.2% of the total DOD budget request, the official noted.

3. America’s strategic capability includes nuclear weapons such as those in missile silos, on submarines, and on bomber aircraft. The U.S. refers to those weapons, in those three locations, as "the nuclear triad." Weapons within the triad include ground-based Minuteman III weapons, submarine-launched Trident II missiles, and an array of nuclear bombs designed to be delivered by aircraft such as the B-2 Spirit or the B-52 Stratofortress. These weapons systems are getting old and must be modernized to ensure they continue to operate and that they retain their deterrent capability, defense officials have said.

"Nuclear forces are the ultimate foundation of our nation’s security," Trachtenberg said. "Our deterrent forces must be modernized to remain credible. Delay is not an option."

Defense officials have said China and Russia are prioritizing high levels of defense spending to modernize their nuclear forces and the U.S. must invest in its systems to maintain parity. A Pentagon official noted that the Russian defense minister has said that 90% of the country’s strategic nuclear forces will be armed with modern weaponry by 2020.

4. The U.S. military further seeks to strengthen deterrence by addressing an imbalance in its nonstrategic, or low-yield, nuclear weapons without matching Russia system for system, a defense official said. The official added that these supplemental capabilities will help ensure Russia, China and others do not believe they can benefit from using low-yield nuclear weapons on the battlefield against the U.S. or its allies and partners.

The defense official said these capabilities do not require nuclear testing, do not violate arms control treaties, and in the end will reduce the likelihood that Russia will use its large number of non-strategic nuclear weapons, thereby strengthening deterrence and helping prevent conflict in the first place. The U.S. recently suspended its obligations under the Intermediate-Range Nuclear Forces Treaty and gave notice of its intent to withdraw after long-term violations of the treaty by Russia, a defense official said, adding that U.S. allies fully support the decision.

"Russia is in material breach of the INF Treaty and must use the next six months to return to full and verifiable compliance or bear sole responsibility for its demise," NATO Secretary General Jens Stoltenberg wrote on Twitter, Feb. 1.

The United States is now examining options for its conventional ground-based intermediate strike missiles, a defense official said. The official noted that the initial developmental work is designed to be reversible should Russia resume complying with the INF Treaty before the six-month period expires.