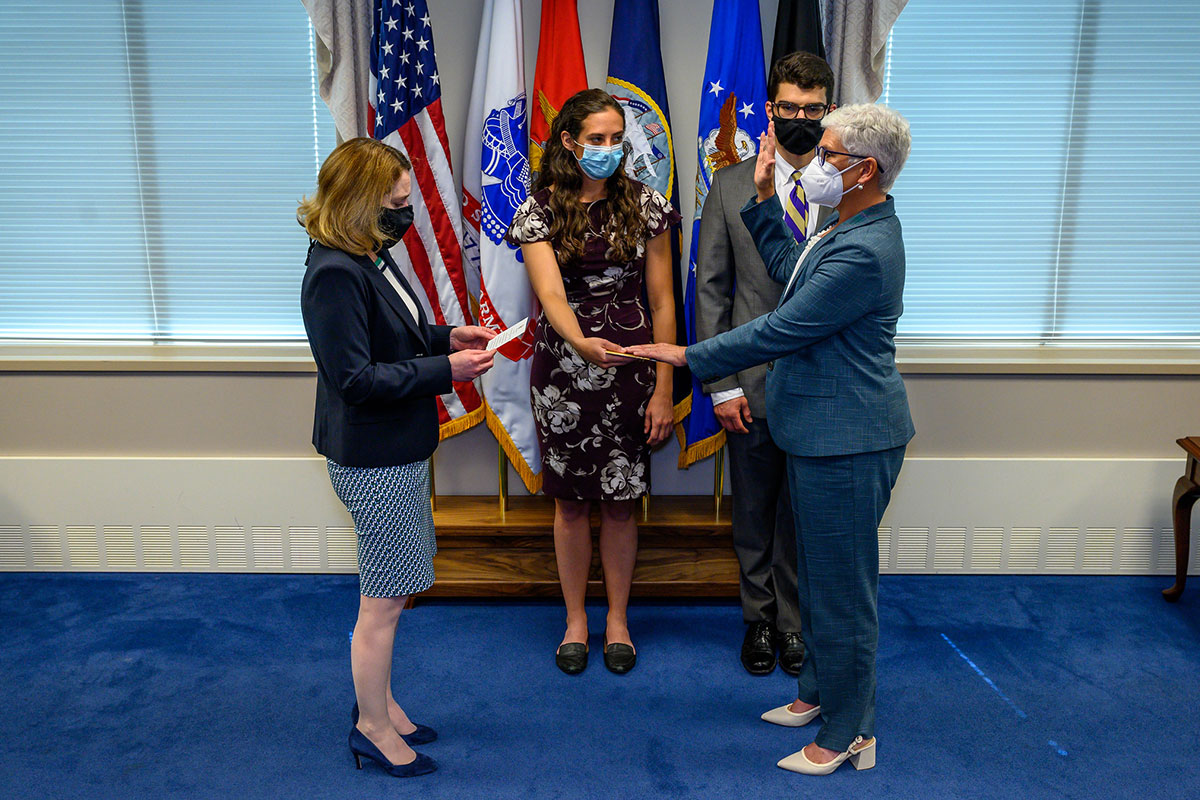 On July 29, 2021, the Honorable Deborah Rosenblum was unanimously confirmed by the U.S. Senate as Assistant Secretary of Defense for Nuclear, Chemical and Biological Defense Programs (ASD(NCB)). She is the first woman to lead the office in charge of preparing for, mitigating and deterring the threat of attack by weapons of mass destruction.

Her appointment marks the first Senate-confirmed ASD(NCB) since 2019, as well as a major step forward for women in key national security leadership roles.

Since the Office’s inception, in the early years of the Cold War, as the DoD Military Liaison Committee (MLC) in charge of coordinating military requirements with the then-U.S. Atomic Energy Commission, more than 20 individuals have held the various titles associated with this post. All of them were male.

In her first message to the NCB workforce, Rosenblum expressed her commitment to global safety and security.

“After 30 years in the field of national security and defense, I remain focused on making our world a safer and more secure place against growing nuclear, biological and chemical threats,” said Rosenblum.

She also served in various senior positions at the Department of Defense in the areas of homeland defense, peacekeeping operations and support, nuclear forces and counter-proliferation policy, and represented the United States as a negotiator in its multi-year negotiations with the Democratic People's Republic of Korea on nuclear weapons.