Sept 29, 2022 | Office of the Assistant Secretary of Defense for Nuclear, Chemical, and Biological Defense Programs 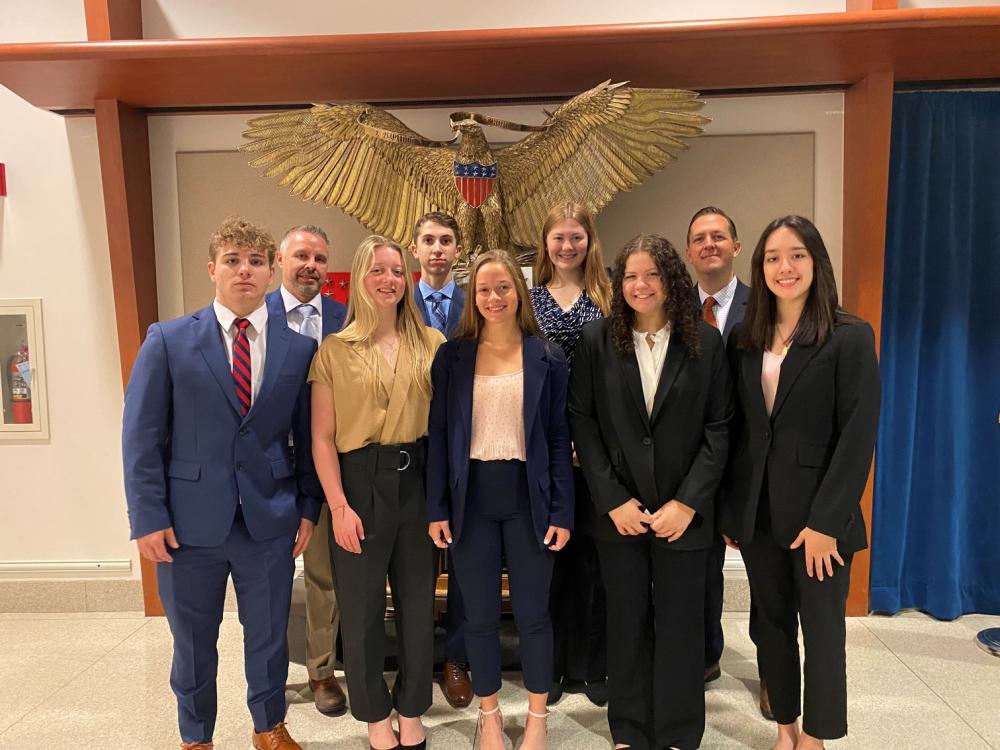 Each fall, a group of students from Fairport High School, Fairport, N.Y. have the unique opportunity to visit with government leaders in the national capital area to discuss topics and issues they have researched as part of a social studies elective course, ‘Senior Leadership Seminar’.

One of this year’s cohorts toured the Pentagon and sat down with senior defense leaders, including Drew Walter, the Deputy Assistant Secretary of Defense for Nuclear Matters. Top on the list for student-led discussion was international nuclear programs, nuclear incident response, and nuclear weapons in general.

The group was prepared with questions on current events, including the Treaty on the Non-Proliferation of Nuclear Weapons, commonly known as the Non-Proliferation Treaty, or NPT. The group discussed the multilateral treaty, and the potential for further spread of nuclear weapons, fissionable material, and weapons-applicable nuclear technology and information.

While providing an exclusive forum for dialog between the young leaders and Defense officials, the main focus of the engagement was to provide mentorship. In support of the Department’s focus on attracting a diverse talent base to the defense civilian sector, Walter shared experiences from his professional background and education – and encouraged the seminar participates to explore the opportunities available to them in the national security community.

Walter began his career at Sandia National Laboratories (SNL), a Department of Energy research and development laboratory, after earning his Bachelors and Masters of Science degrees in Mechanical Engineering, both from the Rochester Institute of Technology. Attributing the technical experience he gained at SNL, Walter stated his early experiences laid the groundwork for his career that eventually led to his current position as DASD(NM).

Students inquired about Walter’s previous position serving as a professional staff member with the Committee on Armed Services in the U.S. House of Representatives, where he was responsible for executing committee activities and oversight regarding all policies, programs, budgets related to nuclear deterrence, nuclear nonproliferation, naval nuclear propulsion, and nuclear environmental cleanup. From the discussion, students were able to better understand positions and opportunities available across DOD and the wider U.S. national security community.

Since the group looks forward to their own graduation at the end of the year, Walter also fielded specific questions from the group on his academic path and provided perspective on pathways that lead to various national security roles. Walter concluded with encouragement for the students to get involved in solving the nation’s national security challenges—whether they do so from a technical, policy, or military foundation.